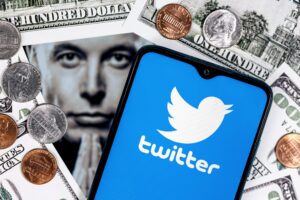 More than a third of Twitter’s top 100 marketers have not advertised on the Elon Musk site in the last two weeks, according to analysis from the Washington Post.

The analysis from Pathmatics data reckons that 14 of the top 50 advertisers have fled the Twitter nest, with a number of blue-chip firms not posting ads since the billionaire formally took over the company on 27 October.

The exodus of marketeers has been an issue since Musk took the reins, with household names like General Motors, Merck, Kellogg and Mondelez all pausing their adverts on the site, as fears over potential content moderation changes, blue tick verification and mass staff layoffs mount.

In a bid to boost confidence in the floundering tech firm, Musk-owned SpaceX snapped up a Twitter package earlier this month to test the social media advertising in Spain and Australia.