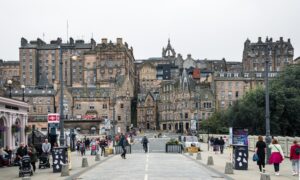 One in five small businesses in the UK is at serious risk of closure due to the rising cost of living, with the greatest areas of concern being the West Midlands and the North East, according to new data.

The research from London-based business financial platform Tide found that companies are increasingly struggling to handle the ever-rising costs of operation.

Tide’s data showed that around 70% of businesses had to increase hours, with a third relying on support from friends and family to stay afloat. The study also found that one in ten small businesses have been forced to make cuts to staff.

The largest expense concern for the businesses surveyed was fuel and energy, followed by inflation and supply chain issues.

Fuel prices and energy costs have hit record heights this year, with the current conflict in Ukraine exacerbating the issue.

Inflation is also at an alarming level, currently at 9.1%, however, the Bank of England has warned it could climb as high as 11% later in the year.

The data highlighted the West Midlands as the most at-risk area for businesses facing closure, followed by the North East, the South West, Scotland, and the East Midlands.

Small businesses are a pillar of the UK economy and clearly, they are finding it extremely tough in the current macroeconomic climate,” said the CEO of Tide, Oliver Prill.

“Tide’s research shows that the UK could face a mass closure of small businesses, as the cost-of-living crisis turns into a cost-of-doing-business crisis.”

Prill called on the government to extend its support of small businesses as the cost of living crisis continues.

“We urge the UK government to help small businesses through the crisis e.g., by introducing VAT relief for all small businesses until 31 March 2023, the end of the full tax year,” Prill said.“

Small business owners are doing their best to keep their companies running, including getting help from their family and friends, but they need more support.”