Poe to MWSS: Reexamine penalties to make them more effective 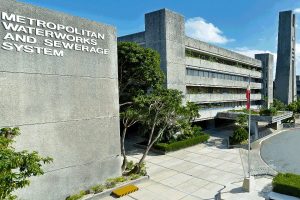 Poe to MWSS: Reexamine penalties to make them more effective

THE chairman of the Senate public works panel on Wednesday told the Metropolitan Waterworks and Sewerage System (MWSS) to reexamine penalties imposed on water concessionaires, saying these are no longer effective.

“At some point, the MWSS RO (Regulatory Office) should recognize that its fines are not working with Maynilad [Water Services, Inc.],” Senator Mary Grace Natividad S. Poe-Llamanzares said in a statement.

The MWSS RO on Tuesday announced that it is penalizing Maynilad via a P27.48-million rebate to customers served by its Putatan water treatment plant for depriving them of uninterrupted 24-hour water service from December 2022 to January 2023.

The senator said that this was the third time Maynilad was penalized for issues related to the said plant.

“The MWSS must step up and take its role as regulator accordingly and effectively,” Ms. Poe said.

She said customers in Las Piñas, Parañaque, Muntinlupa and some parts of Cavite suffered serious water interruptions during the Christmas holidays, with some experiencing interruptions even up to this week.

The customers, she added, also had the same issue in December 2021.

“Regulators are expected to primarily protect consumers and take it to heart. Maynilad customers in the south of Metro Manila have had to deal with the harrowing situation for two consecutive Christmases now. This is too much,” Ms. Poe said.

“With all that declared income earned by the concessionaire as many consumers’ taps turned dry, not only do they ask why the fine remains small in relation to the extent of their suffering, but also why they have to continue to live with such inconvenience,” she added.

Metro Pacific Investments Corp., which has a majority stake in Maynilad, is one of three Philippine units of Hong Kong-based First Pacific Co. Ltd., the others being Philex Mining Corp. and PLDT Inc.