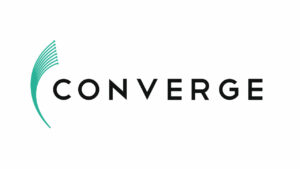 “As of Dec. 31, 2022, Converge has already deployed more than two million fiber ports in Luzon, Visayas, and Mindanao, further cementing its position as the largest fiber-to-the-home (FTTH) network in the Philippines,” the company said in an e-mailed statement.

Converge said it is on track to reach its accelerated target to cover approximately 55% of homes nationwide this year, with its household coverage at 53% as of Sept. 30, 2022.

The company has allocated P21 billion to P23 billion in total capital expenditures for this year.

“With this record deployment of ports, we are ensuring high availability in more areas around the country,” he added.

The company noted that it bolstered its port deployment in the National Capital Region, including Rizal, North and Central Luzon, as well as Mindanao.

“Converge also maintained its aggressive rollout in the Visayas as it continued to seek growth opportunities in the region,” it added.

The company also said that it has extended its fiber footprint to more than 613,000 kilometers, consisting of subsea, aerial, and terrestrial fiber optic cable network, all over the country.

The company achieved earnings before interests, taxes, depreciation, and amortization or EBITDA of P14.4 billion for the period, 39% higher than the previous year.

“As a result, the company’s consolidated EBITDA margin reached an all-time high of 59.0% during the nine-month period,” Converge said in a statement. — Arjay L. Balinbin