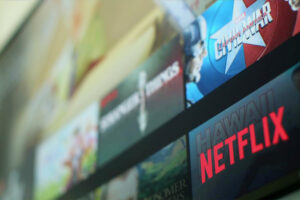 TECH INDUSTRY associations said the Philippines should align its digital taxation policy with international practice, saying that predictability of business conditions is key to continued investment in innovation.

The Asia Internet Coalition (AIC) and the Asia Cloud Computing Association (ACCA) said they support a proposed measure imposing value-added tax (VAT) on digital transactions, but proposed provisions for single group registration of related companies and the removal of a requirement to appoint an in-country representative.

The House of Representatives approved on third reading on Nov. 14 House Bill 4122, which seeks to impose 12% VAT on non-resident digital service providers such as Spotify and Netflix. Senator Pilar Juliana S. Cayetano has filed Senate Bill 250 as the other chamber’s counterpart measure.

If the measure becomes law, 12% VAT will also be imposed on the digital sale of services like online advertising and the supply of other services delivered through online marketplaces, webcasts and mobile applications. Albay Rep. Jose Ma. Clemente S. Salceda, who chairs the House ways and means committee, said the measure is expected to generate P19 billion in revenue.

In a Nov. 23 letter to Sen. Sherwin T. Gatchalian, chairman of the Senate committee on ways and means, the groups said: “We earnestly request your leadership in aligning the proposed digital taxation policy with international norms espoused by the Organisation for Economic Cooperation and Development (OECD) and the International Monetary Fund (IMF).”

Legislators should frame the tax on digital transactions as a “simplified electronically supplied services (ESS) VAT regime that conforms with the recommendations of the international organizations for extraterritorial VAT compliance and successfully implemented in many countries,” they added. The letter which was sent to reporters on Thursday.

They argued that the ESS VAT regime has been adopted by countries in the region such as Singapore. “Enhancing revenue levels from consumption taxes on cross-border sales while minimizing the compliance burden of digital suppliers can be achieved with broad support from businesses when the OECD or IMF best practices are followed,” the groups noted.

AIC and ACCA likewise noted that the in-country representative requirement for non-resident suppliers included in House Bill 4122 “does not align with international best practices.”

They said that such a requirement can have “unintended consequences,” including “reduced private sector investment and tax non-compliance by some non-resident companies.”

“No other jurisdiction in Southeast Asia, including Singapore, Malaysia, Indonesia, Thailand, and Cambodia, imposes such a requirement,” the two associations noted.

They expressed hope that the Senate version will include a clause that makes it easier for a group of affiliated or related companies to register.

“It would be more efficient for local tax authorities to deal with a single entity on behalf of a group of related companies,” AIC and ACCA said.

They also argued that extraterritorial VAT should apply to business-to-customer supplies only as VAT on reverse charge is already applicable on cross-border business-to-business supplies.

“To advance the growth of the digital economy in the Philippines, it is critical that the environment is supportive of business-to-business services (including total cost of usage) as companies seek to increasingly grow digital in their operations,” AIC and ACCA said.

They want “sufficient time to implement such measures … before a new policy is enforced to ensure compliance readiness.”

They also want at least 9 to 12 months from the publication of the final law and release of detailed technical rules to align their systems to implement any substantial changes to tax laws.

“With respect to the withholding of creditable VAT, under the current domestic law, any payment made by government agencies should be subject to 5% withholding VAT — which is creditable,” AIC and ACCA noted.

“However, since non-resident companies are not allowed to claim input VAT, sales to government customers will incur this 5% VAT as cost passed on to the non-resident company. We seek further clarification on the intention of legislators here, or a review of this provision in relation to current domestic laws,” they added. — Arjay L. Balinbin