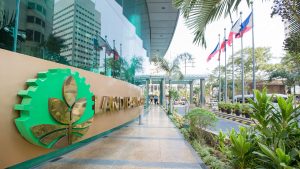 THE Land Bank of the Philippines (LANDBANK) said it lent P75 million to Reicher Banana Farm, Inc. (RBFI) to help it recover from Panama disease.

“RBFI availed of a P75-million loan from LANDBANK in 2018 to supplement working capital and purchase the necessary inputs and equipment for rehabilitation,” LANDBANK said.

“After two years of rehabilitation, RBFI fully recovered from the plant disease and is now harvesting around 10,000 boxes of produce a week — a 100% increase from the previous production of 5,000 boxes a week,” it added.

In 2013, the farm’s 74-hectare banana plantation was hit by the plant disease. Panama disease infested Cavendish plantations throughout Davao de Oro and nearby areas.

“LANDBANK recognizes the importance of each subsector of agriculture to ensure food security. Through accessible credit assistance, we stand ready to support the diverse requirements of agri players to boost production and income,” LANDBANK President and Chief Executive Cecila C. Borromeo said.

RBFI also used a portion of the LANDBANK loan for land expansion and modernization, including the purchase of a digital system for logging banana numbers per bunch, weight, age, and location in the plantation.

“With the data, RBFI can digitally monitor the health of the crops and accurately distribute farm inputs such as fertilizer, thereby helping the company save on costs. The generated data also allows RBFI to forecast harvests within a given season,” it added.

RBFI has since expanded its plantation to 130 hectares and generates employment for around 220 residents. The banana harvest is exported to South Korea, China, and the Middle East.