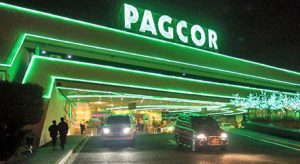 THE SENATE minority leader has asked the Blue Ribbon Committee to investigate, in aid of legislation, the allegedly anomalous selection by the Philippine Amusement and Gaming Corp. (PAGCOR) of an unqualified third-party auditor.

Senator Sherwin T. Gatchalian, who chairs the Senate Ways and Means Committee, has flagged the PAGCOR for its failure to comply with its own terms when it entered into a P6-billion contract with a questionable third-party auditor.

Mr. Gatchalian said a 10-year contract was awarded to the auditing firm even though it did not meet the operating capital requirement. It was also found to have submitted a bank guarantee from a financial institution that is not registered in the Philippines.

Offices declared by the consortium to the PAGCOR were also found to be fictitious and inappropriate venues of operation. Building permits were also not secured.

Mr. Gatchalian’s assessment, as cited by the minority leader, was that the PAGCOR was “conned”.

“This matter should be further investigated for possible malfeasance, misfeasance or nonfeasance and corruption on the part of PAGCOR officials involved in the anomalous procurement of the said third-party auditor and possible conspirators in the private sector,” Mr. Pimentel said in the resolution.

PAGCOR, in a statement on Tuesday, called this “misinformation,” saying that the third-party auditor “went through proper bidding process and met all the legal requirements under the Procurement law.”

“With the assumption of the new leadership of PAGCOR, the contract of Global ComRCI was put under review last Sept. 2022. We assure the Senators that the review will soon be finished and released at the proper time,” it said. — Alyssa Nicole O. Tan