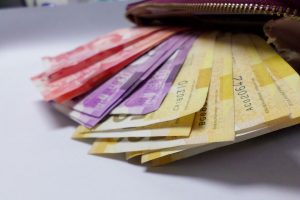 THE NATIONAL government (NG) plans to borrow P200 billion from the domestic market in February, the Bureau of the Treasury (BTr) said on Tuesday.

The BTr released its borrowing plan for February, which is unchanged from this month’s program. The government raised P212.4 billion from domestic borrowings this month, higher than the programmed P200 billion.

“The P200-billion (government securities) auctions for February 2023 (are the) same as the target for January 2023 but the National Government’s borrowing costs would be lower in view of increased bids/demand recently,” Rizal Commercial Banking Corp. Chief Economist Michael L. Ricafort said in a Viber message.

A trader said the borrowing mix was expected as “the demand in recent auctions and drastic drop in rates allows BTr to take advantage by lengthening the maturity of their borrowings.”

Mr. Ricafort noted some of the T-bond auctions in February could be canceled if the government pushes through with a retail Treasury bond (RTB) offering.

In a financial literacy session before Filipino migrants in Frankfurt on Jan. 22, National Treasurer Rosalia V. de Leon said the government is planning to launch the country’s second retail dollar bond offering. No other details were available.

For this year, the gross domestic borrowing program is set at P1.654 trillion, composed of P54.1 billion in T-bills and P1.6 trillion in fixed-rate T-bonds.

The government borrows from local and external sources to help fund a budget deficit capped at 6.1% of GDP this year. — Aaron Michael C. Sy