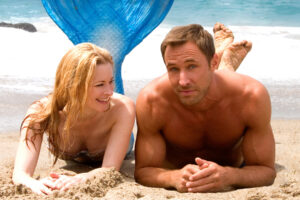 SET in Japan in the near future, the film tells of a government program, Plan 75, which encourages senior citizens to agree to voluntary euthanasia to remedy the problems of a super-aged society. An elderly woman whose means of survival are vanishing, a pragmatic Plan 75 salesman, and a young Filipino laborer find themselves facing choices of life and death. The winner of a Camera D’Or Special Mention at the 2022 Cannes Film Festival’s Un Certain Regard section, the film is co-written and directed by Chie Hayakawa, and features Filipina actress Stefanie Arianne, Chieko Baisho, and Hayato Isomura. Variety’s Peter Debruge writes, “Plan 75 might have been a risible exercise in emotional manipulation if not for the sensitive tone with which Hayakawa approaches all of her characters. The film’s underlying agenda is hardly subtle, and yet, Hayakawa leaves more than enough room for audiences to disagree — that is, to consider the actual merits of deciding the hour and means of one’s own exit.” Film review aggregate site Rotten Tomatoes’ Tomatometer gives the film a score of 92%, and an audience score of 100%.

A Mermaid for Christmas

THIS 2019 TV movie hits the big screen in the Philippines in time for the holidays, and combines classic Christmas themes with an escapist fantasy element that only a mermaid can provide. Directed by Michael Caruso, it stars Kyle Lowder, Kathleen Gati, Arriane Zucker, Sheree J. Wilson, and Chadwick Armstrong.

AFTER the COVID-19 pandemic stretched out its shooting schedule over three years, Call Me Papi is finally finished and out for theatrical release. The film follows five men living under one roof who each face various challenges. Produced by Feast Foundation in cooperation with Viva Films, and directed by Alvin Yapan, it stars Enzo Pineda, Albie Casiño, Lharby Policarpio, Royce Cabrera, and Aaron Concepcion, with Irma Adlawan, Anja Aguilar, and Katya Santos. It features the song “Inuman Na” by Parokya ni Edgar.