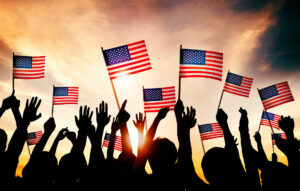 It is too early to conclude that President Ferdinand Marcos, Jr. is replicating his late father’s foreign policy. That policy consisted of developing as much as possible the country’s relations with any country regardless of ideology or political and economic system. In contrast and despite appearances, Marcos Jr.’s emergent foreign policy seems more conventional, and if it replicates anything at all, echoes that of the post-1986 administrations that replaced his father’s.

A succession of US Presidents — Richard Nixon, Gerald Ford, James Carter, and Ronald Reagan — supported Marcos Sr.’s authoritarian, anti-communist regime. But aware as he was of how quickly the US could turn against him, he departed from the dependence of past administrations on it for political, economic, and military aid. Since 1946, almost every one of those administrations had assumed a commonality of interests with that country, and as a consequence had aligned with the US during the Cold War.

But four years after declaring martial law, on the argument that the country should be more Asia-oriented, Marcos initiated a review of Philippines-US relations, particularly the trade agreements between the two countries, and the Military Bases Agreement. It was during his dictatorship that the Philippines became a member of the Association of Southeast Asian Nations (ASEAN), which was organized to unite those countries into an organization that would ensure “peace and prosperity in the region.” To reduce the amount and scope of aid Saudi Arabia and Libya were providing the Muslim secessionist movements, he also tried to strengthen regime ties with those and other Middle-Eastern countries.

But even more significant was his opening diplomatic relations with the People’s Republic of China (PRC) in 1975 and, a year later, with the now defunct Union of Soviet Socialist Republics (USSR). These were followed by the normalization of relations between the Philippines and the rest of the Soviet bloc in Eastern Europe, together with the establishment of diplomatic relations with Cuba and the newly established socialist Republic of Vietnam.

Those countries had either been the US’ and Western countries’ leading foes in the Cold War (China, the USSR and its allies), the subject of decades-long economic sanctions that are still in place today (Cuba), and even the target of the US attempt to prevent through a two-decade war of aggression its “loss” to socialism (Vietnam). Their recognition by the Philippines was among the indicators that the country could be heeding the late Senator Claro M. Recto’s counsel that the government pursue an independent foreign policy and that it be neutral rather than side with any bloc of nations among the protagonists of the Cold War.

The US presumably did not take kindly to those Philippine initiatives. Together with its perception that the dictatorship’s abuses at home were fueling the “insurgency,” it led to its urging Marcos to “break clean” and to give up power in the face of the 1986 “People Power” uprising.

The US nevertheless welcomed the Marcos family to Honolulu, Hawaii where it lived in exile for six years (1986-1992), among other possible reasons because Marcos allegedly contributed generously to the campaign of Ronald Reagan — with whom and whose wife Nancy he and Imelda Marcos were reportedly on a first-name basis — for the US Presidency.

There were no significant departures from Marcos’ foreign policy in the administrations that succeeded his. The Philippine Senate went on to reject the renewal of the Military Bases Agreement in 1991 despite then President Corazon Aquino’s objections. But whatever damage to US-Philippine relations those initiatives and the latter cost were very quickly repaired —and more.

In 2002, the Gloria Macapagal-Arroyo regime pledged to support US policies on Iraq in the aftermath of the Sept. 11, 2001 attacks on the World Trade Center in New York and the Department of Defense’s (DoD) Pentagon headquarters in Virginia. The Philippines had earlier signed during the Joseph Estrada Presidency the 1999 Visiting Forces Agreement (VFA) with the US under the terms of which Philippine troops periodically held joint military exercises with their US counterparts. Mrs. Arroyo’s successor, Benigno Aquino III, committed the country in 2014 to the further support of US strategic interests by signing and ratifying the Enhanced Defense Cooperation Agreement (EDCA). Under the terms of that pact, US forces with their equipment can access selected Philippine military bases.

Piqued by former US President Barack Obama’s criticism of his regime’s egregious human rights violations, President Rodrigo Duterte, who succeeded Aquino III, declared the “separation” of the Philippines from the US. He threatened to end the VFA while he cozied up to China by practically ignoring its intrusions into the West Philippine Sea (WPS) and welcoming into the country tens of thousands of its workers and gamers in Philippine Offshore Gaming Operations (POGO).

Duterte’s “separation” threat never went beyond words. Both the VFA and the EDCA are still very much in force. But his frequent rants against the US and his accommodation of China did have some effect on the Philippines’ relations with the US. While not exactly ice-cold during his six years in office, those relations had not been as warm as they were during his last two predecessors’ watch.

Duterte ally Ferdinand Marcos, Jr. was thought to be no more than a Duterte clone in both domestic as well as foreign affairs, and, because of his silence during his campaign for the Presidency on what policies he would pursue in international relations, was perceived as likely to merely affirm by default the country’s “pivot to China.”

He has indeed declared that the country would remain “close” to China, and has supposedly convinced Chinese President Xi Jinping to support the finalization of the Code of Conduct agreement among the countries with claims to the South China Sea, while on his part, the latter has predicted the beginning of “a new chapter” in Philippines-China relations.

But what makes these words sound like efforts to assure each other of their benevolent intentions is the visit to the Philippines of US Vice-President Kamala Harris, during which, among others, a US pledge of military aid and an agreement to make more Philippine military bases accessible to US forces have been reached. The visit and its results must be seen in the context of the US policy of preventing the rise of China to superpower status through its “Pivot to Asia,” and President Joseph Biden’s oft-repeated pledge to defend Taiwan in the event of any PRC attempt to forcibly unite that island with the Chinese mainland.

And there is, of course, also the Philippines’ Mutual Defense Treaty with the US, which its officials have repeatedly declared they would honor by defending the Philippines from external threats. Vice-President Harris herself reiterated that pledge on Nov. 21 in reference to Philippine problems in the WPS.

Ferdinand Marcos, Jr. has made it clear that he wants to strengthen Philippine relations with other ASEAN countries and is soliciting the goodwill of the Chinese Dragon. But he must contend with the fact that despite the billions spent on its “modernization,” the Armed Forces of the Philippines (AFP) is still most expert only at the suppression of dissent and social unrest, hence the country’s reliance for its external defense on the US despite its interests’ not necessarily coinciding with our own. Whether it is against China or any other threat, it is the US the Philippines will have to turn to for its defense — and it will be in the former’s interest to comply.