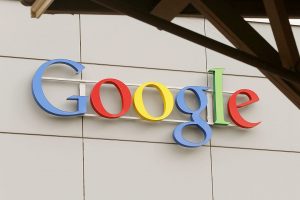 ALPHABET Inc.’s Google does not accept payment for better rankings in its search engine’s results, pay websites for links or steal news publishers’ content, an official clarified on Wednesday.

Kate Beddoe, Google Asia-Pacific director of news partnerships, said in a briefing that Search does not show full news articles but links users to news content to generate traffic and revenue for publishers.

“Whether it’s on Search or on Google News, our intention is to get people to the answers to their questions as quickly and as effortlessly as possible,” Ms. Beddoe said.

News publishers that use Ad Manager keep over 95% of their digital advertising revenue, she said. The company estimates that it sends traffic to news publishers’ websites at a rate of more than 24 billion clicks each month.

“The traffic we send is highly qualified. We are constantly evaluating that we are [sending traffic] in a way that is relevant for most users and their needs,” Ms. Beddoe added.

In 2020, the company created a platform called Google News Showcase to help publishers make editorial choices about which stories to show readers, as well as how to present them in Google News and Discover. Google said 340 publications across Asia-Pacific, including those in Australia, India, Japan, and New Zealand, have since signed up for it.

She said News Lab creates training programs to equip journalists with skills to thrive in the digital era and collaborates with industry organizations to fight misinformation, particularly during “important moments such as elections.” Over 171,000 Asia-Pacific journalists have been trained since News Lab’s launch in 2015.

“Misinformation and disinformation are often a tool for people either trying to sell something, or sow division in a country,” Ms. Liu said, adding that fact-checkers find the most misinformation in the areas of health and finance.

Google is hosting the hybrid Asia-Pacific Trusted Media Summit, which brings together journalists and other stakeholders fighting misinformation in the region, on Sept. 20-21. — Patricia B. Mirasol