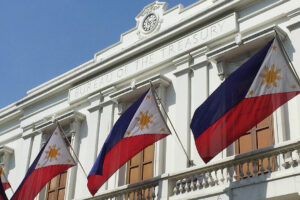 RATES of government securities on offer this week may move sideways on expectations of a less hawkish US central bank amid recession fears, with longer tenors to attract most of the demand as investors seek higher returns.

On Tuesday, the BTr will auction off P35 billion in fresh 3.5-year Treasury bonds (T-bonds).

Traders said the papers on offer could fetch steady or marginally lower rates due to expectations of less aggressive tightening by the US Federal Reserve moving forward.

“Market players are currently betting on less aggressive rate hikes by the US Federal Reserve due to foreseen global economic slowdown,” the first trader said.

The first trader expects T-bill rates to move sideways or lower by about 5 basis points (bps).

The second trader said T-bill yields will likely be steady from the previous auction as there is tepid interest in short-term tenors.

“The demand really is coming from rollover of maturities, so these investors would rather buy the 3.5-year paper,” the second trader said.

Both traders expect the fresh bonds on offer on Tuesday to fetch yields ranging from 5.5% to 5.75%.

He said this is due to the Fed’s widely expected rate hike last week and expectations of more increases in the US and at home.

The Fed last week raised its key rates by 75 bps for the second straight meeting, as expected, to temper rising inflation. To date, the Fed has raised its policy rates by a total of 225 bps.

In a surprise move, the BSP raised its benchmark rates by 75 bps on July 14 as it sought to contain broadening price pressures. The Monetary Board has raised benchmark interest rates by a total of 125 bps so far this year as inflation continues to remain elevated.

A BusinessWorld poll of 14 economists last week yielded a median estimate of 6.2% for July headline inflation, within the BSP’s forecast of 5.6% to 6.4% for the month.

If realized, this would be faster than the 6.1% reading in June as well as the 3.7% posted the same month last year. It would also mark the fourth straight month that inflation went above the central bank’s 2-4% target this year.

Headline inflation averaged 4.4% as of June, still below the BSP’s full-year forecast of 5%.

Last week, the BTr raised just P13.75 billion from its auction of T-bills versus the P15-billion program, even with bids reaching P38.84 billion or more than twice the planned amount.

On the other hand, the government last month made full awards of all its T-bond offerings on the back of robust demand for higher-yielding longer tenors amid expectations of higher interest rates due to mounting inflationary pressures.

The Treasury wants to raise P215 billion from the domestic market this month, or P75 billion through T-bills and P140 billion via T-bonds.

The government borrows from local and external sources to help fund a budget deficit capped at 7.6% of gross domestic product this year. — D.G.C. Robles