Police efforts vs cyber-crime to be strengthened

Home > Economic Indicators  > Police efforts vs cyber-crime to be strengthened 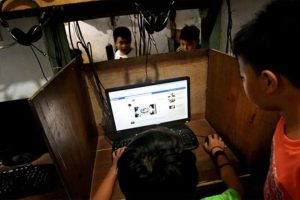 Police efforts vs cyber-crime to be strengthened

THE COUNTRY’S Interior and Local Government chief on Monday vowed to boost the Philippine police’s capabilities against cyber-crime.

“There has been a rise in cyber-crime cases and this includes cyber-pornography,” he said at a police flag-raising ceremony that was streamed live on Facebook.

The new Interior chief also said people should know how to report cyber-crime cases to the authorities.

Police in March said it was in favor of a bill that sought to mandate the registration of all subscriber identity module (SIM) cards and social media accounts in the Philippines to prevent fraud.

In February, The Bankers Association of the Philippines (BAP) and Department of Justice (DoJ) launched an anti-cybercrime partnership to share cyber-security information and train their workers amid increasing online fraud cases.

Last year, the National Bureau of Investigation (NBI) formed a center that would monitor cyber-space for human trafficking.

An inter-agency task force composed of the police, NBI and other international law enforcement agencies had rescued 134 children who were victims of online sexual exploitation and abuse, the NBI said in March. — John Victor D. Ordoñez